A few days shy of his 3rd birthday, we are delighted that Lainnireach Highland Way – a dog from our first litter – won a limit dog class amongst strong competition. He gained his stud book number and lifetime Crufts qualification in the process. Our girls also showed their socks off! 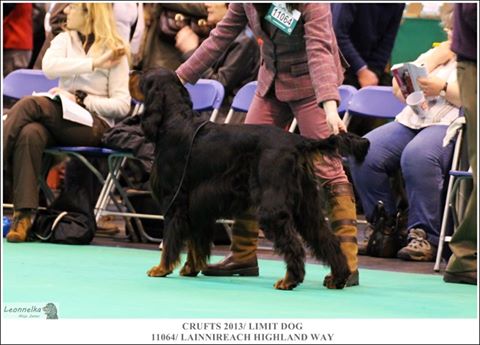 Lainnireach do the double at Crufts 2011! 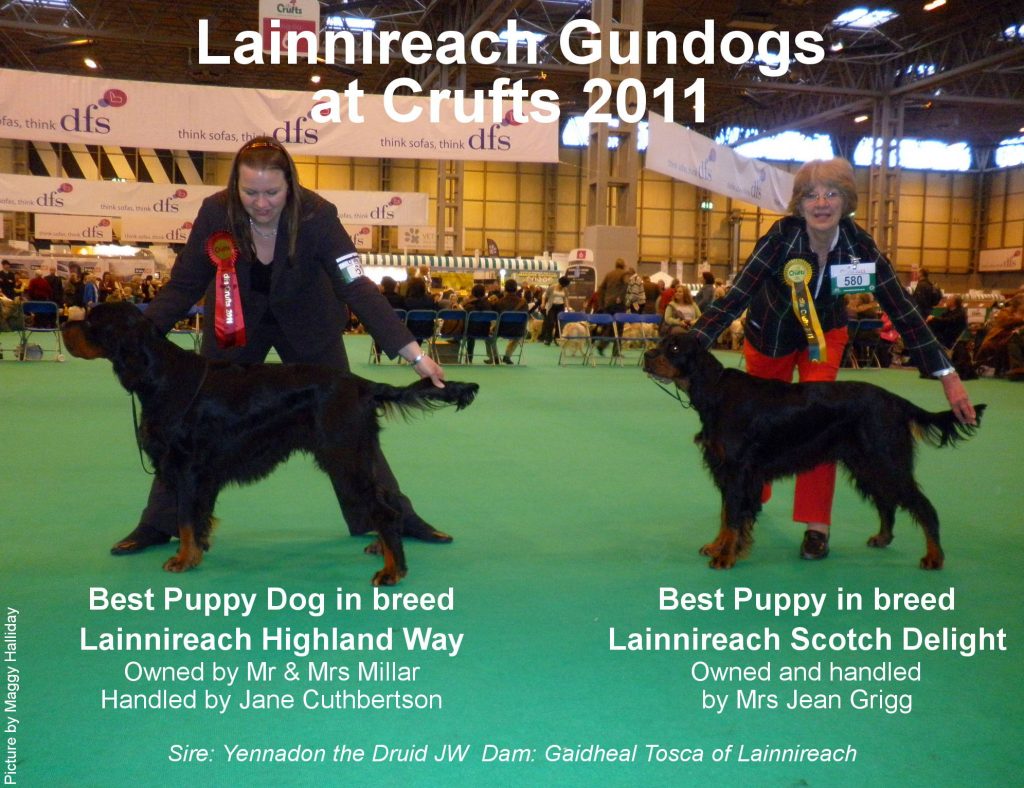 To get placed, or win, at any Championship Show is very special but to do it at the world’s largest and most famous dog show is something extra special.

Since 1999 no kennel has taken both Best Puppy Dog and Best Puppy Bitch in the Crufts Gordon Setter Puppy classes.

This achievement is something for which we are very proud.

Look out for us at shows around the UK